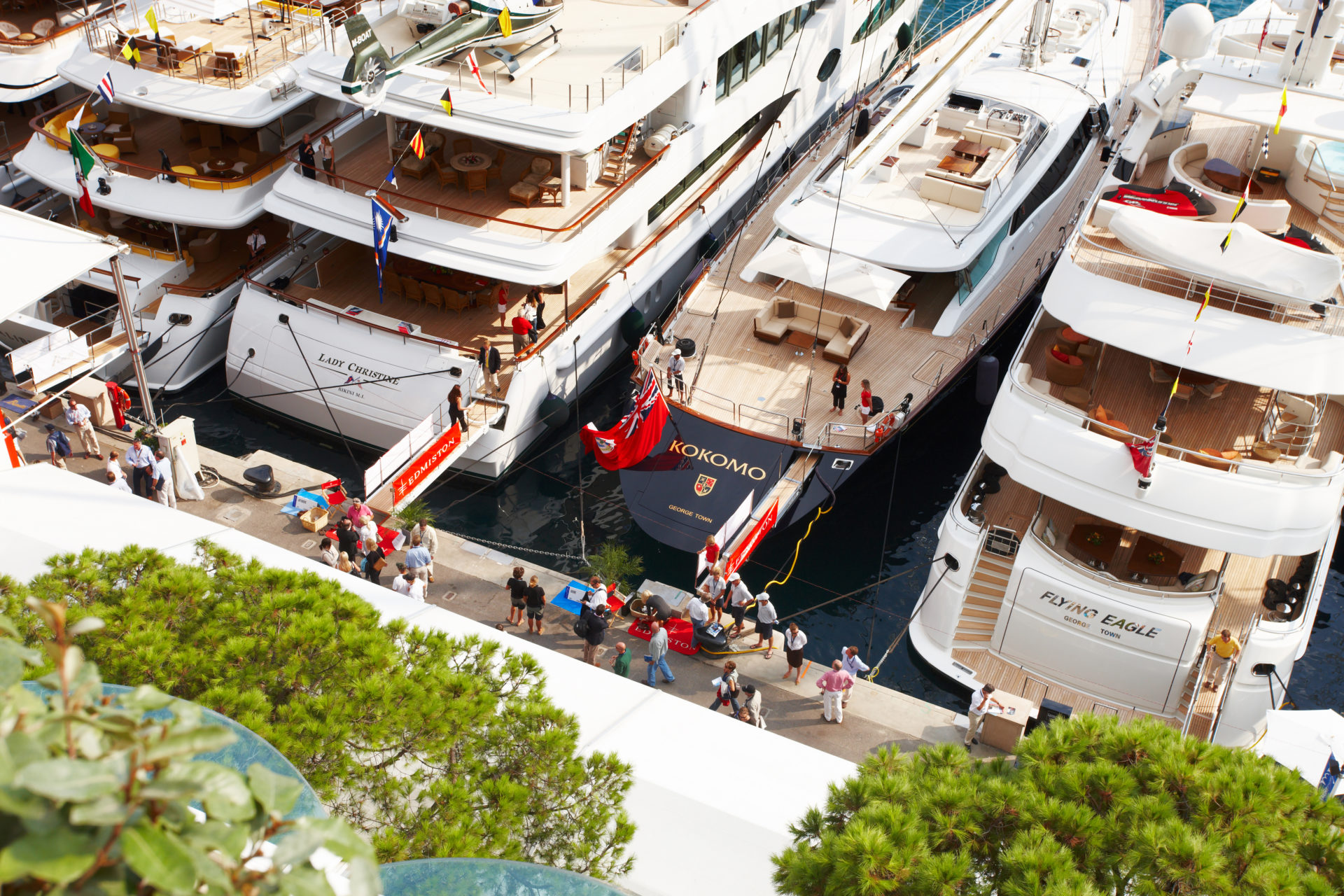 How Have Luxury Yacht Shows Been Affected by COVID-19

The COVID-19 pandemic has spared very few business sectors since it took hold in early spring with the global events industry being particularly affected. Almost all live events, including some of the luxury yacht shows planned worldwide since March, have been cancelled or postponed, leaving a question mark over their future.

However, the unprecedented situation has not been all doom and gloom, with many event organisers seeking alternative ways to attract new business. In fact, the yachting industry has been quick to adapt with a large number of companies and event organisers investing in a digital presence to compensate for the lack of physical luxury yacht shows.

The luxury yacht shows we missed out on

Typically held in the spring months before the start of the summer season in the Med, luxury yacht shows were some of the first live events to be cancelled in March when COVID-19 triggered a global shut-down almost overnight. The first casualties were the Dubai Boat Show in early March followed shortly after by the Singapore Yacht Show.

The cancellation of these two key luxury yacht shows was followed in quick succession by the cancellation of other yachting industry events such as the Venice Boat Show, due to take place in June, and more recently, the Monaco Yacht Show and the Cannes Yachting Festival, both planned for September.

Whilst many experts in the industry were not surprised that the Monaco Yacht Show was cancelled early on in the summer as travel restrictions would prevent exhibitors and visitors travelling to Europe, there was general optimism that the more local Cannes Yachting Festival would survive. However, organisers pulled the plug with just a few weeks to go on August 23rd.  The show was cancelled after an application for a special dispensation to hold the event following a national ban on events of more than 5,000 people had not been granted.

The refusal to grant a dispensation came despite “a very rigorous sanitary plan with a series of additional health and safety measures, presented by the Yachting Festival and deemed ‘satisfactory’”. Organisers went on to explain that the ‘final decision…is mainly due to the recent deterioration of the health situation in general, and in Cannes in particular, and the fear of this declining further.” The decision was fiercely denounced by the Mayor of Cannes David Lisnard who said it was “incomprehensible and teeming with partiality” with “serious economic and social consequences” for exhibitors and the Cannes city council.

However, some organisers, determined to find innovative new ways to stage their events, took to the internet to find ways of bringing people together without any risk of causing harm.

One event which was quick to react following the global shut down was the Palm Beach International Boat Show, which staged its first ever virtual edition for a limited period from May 14th. The luxury yacht show, which was meant to take place physically from 26th – 29th March in West Palm Beach, took all its activities online some six weeks later, offering exclusive video walkthroughs, hundreds of virtual tours of boats as well as custom digital content. Potential clients were also able to talk to sales professionals on FaceTime throughout the extended period to find out more about yachts for sale and charter.

What does this mean for yacht shows this Autumn?

Sadly, it seems there will be a few more casualties from the Covid-19 pandemic this autumn, such as the cancellation of the 2020 edition of Metstrade, which was due to take place in November.

Metstrade’s maritime director Niels Klarenbeek described the cancellation as “a tough blow”, adding that “this is the only right decision we could make.” The 2021 edition of Metstrade will take place from November 16-18. Meanwhile, the 52nd edition of the Southampton Boat Show, due to take place this month, has been cancelled for 2020 with organiser British Marine saying that it was exploring options to hold an alternative, smaller scale outdoor event.

Perhaps the most important luxury yacht show to be still on course is the Fort Lauderdale International Boat Show (FLIBS), due to take place from October 28 – November 1. At the time of writing, organisers of the world’s largest in-water boat show say that the event, spanning more than three million square-feet of in-water and on-land exhibit space across seven waterfront locations, will take place adhering to strict social distance guidelines.

Registration will be no-contact, and enhanced cleaning will be done before, during, and after every day of the show. Other measures including the mandatory wearing of face masks on site, screening through thermal scanning before all events and a track and trace system in place.

“The Fort Lauderdale International Boat Show is moving forward as planned. The health and safety of our staff, exhibitors and visitors is of the utmost importance and as such will follow the industry-wide AllSecure standards created and implemented by Informa in coordination with association partners,” a spokesperson said.

The Dubai Boat Show is also planned for 24-28 November in the Dubai Harbour. However, there are currently no safety or health guidelines available for exhibitors or visitors on the event’s website.

Having suffered from a highly unprecedented year in 2020, organisers of international luxury yachting shows such as the Monaco Yacht Show are now focusing their efforts on delivering cancel-proof events in 2021.

“With much of the Super Yacht fleet currently located in the US and Caribbean and the normal calendar of activity severely disrupted, it has been agreed that it is in the industry’s best interests to postpone the delivery of a top quality, prestige experience 30th edition of the Monaco Yacht Show next year, in September 2021, rather than September 2020.

Charlie McCurdy, Chief Executive of Informa Markets, added: “Like many other industries, the international super yachting community has experienced significant disruption in 2020. As we move to the other side of COVID-19, we are remaining agile in how we are supporting our partners and customers, flexing our events calendar, adapting products and providing digital alternatives where beneficial to best meet the needs of international communities through this difficult period. To this end… the Monaco Yacht Show is now set to return in style in September 2021, when it will celebrate its 30th Anniversary.”

Other events for the diary next year include the Miami Yacht Show, from 11-15 February, and the MYBA Show in Barcelona, from 26-29 April 2021, which industry insiders and the superyacht community are hoping will take place under ‘normal’ circumstances.

There is a strong sense of optimism that the yacht show industry will continue to rally, with hope for live in-person events, and the knowledge that concepts such as fully virtual boat tours can work well if it is still not safe to hold in-person yacht shows in the future. We at Relevance Yacht are hugely looking forward to attending these upcoming events.